DISCLAIMER: This website is still a work in progress. All data is scraped from OpenSea API, so information may be innacurate or reported incorrectly.

AN NFT PROJECT DECADES IN THE MAKING 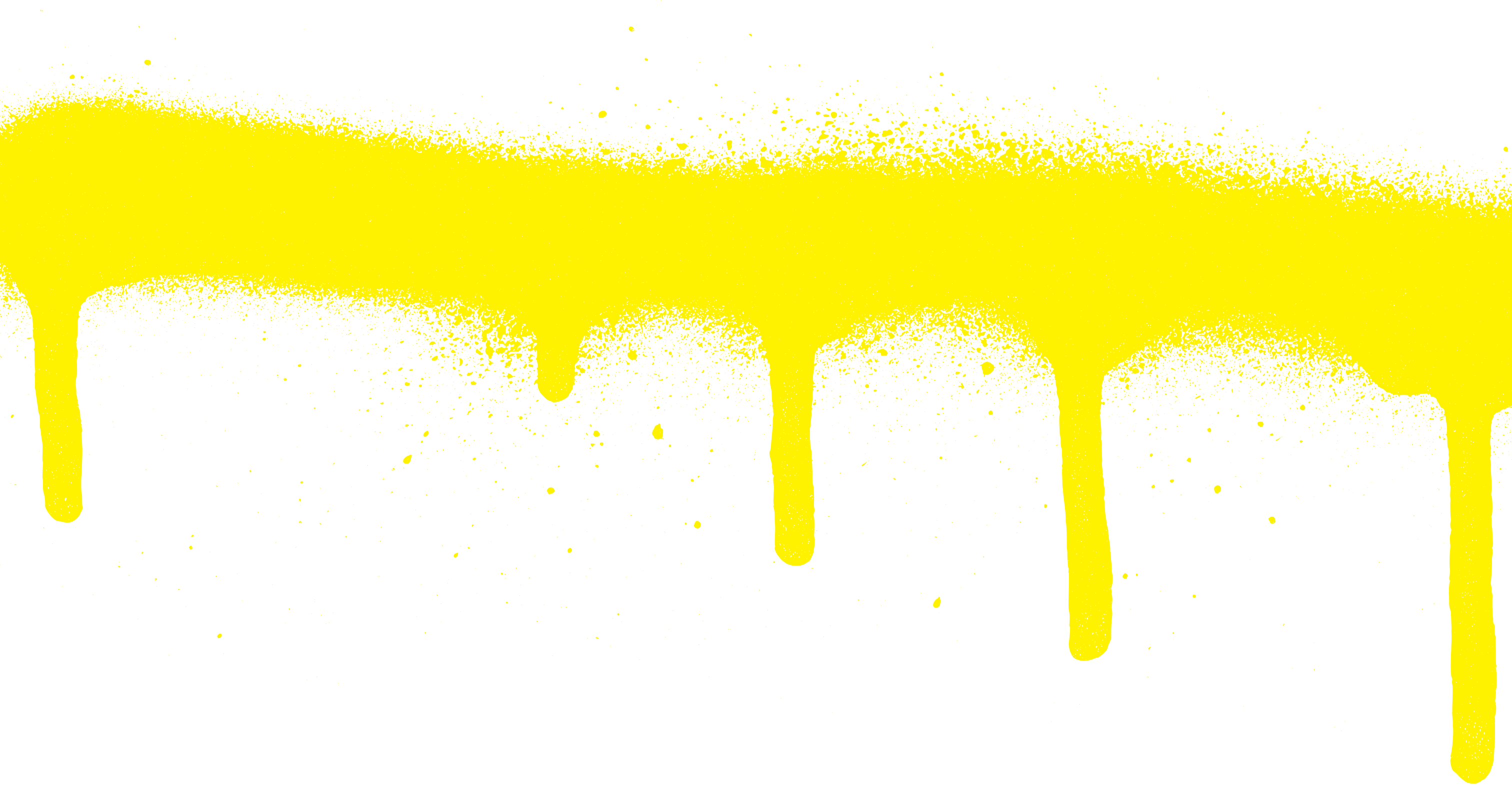 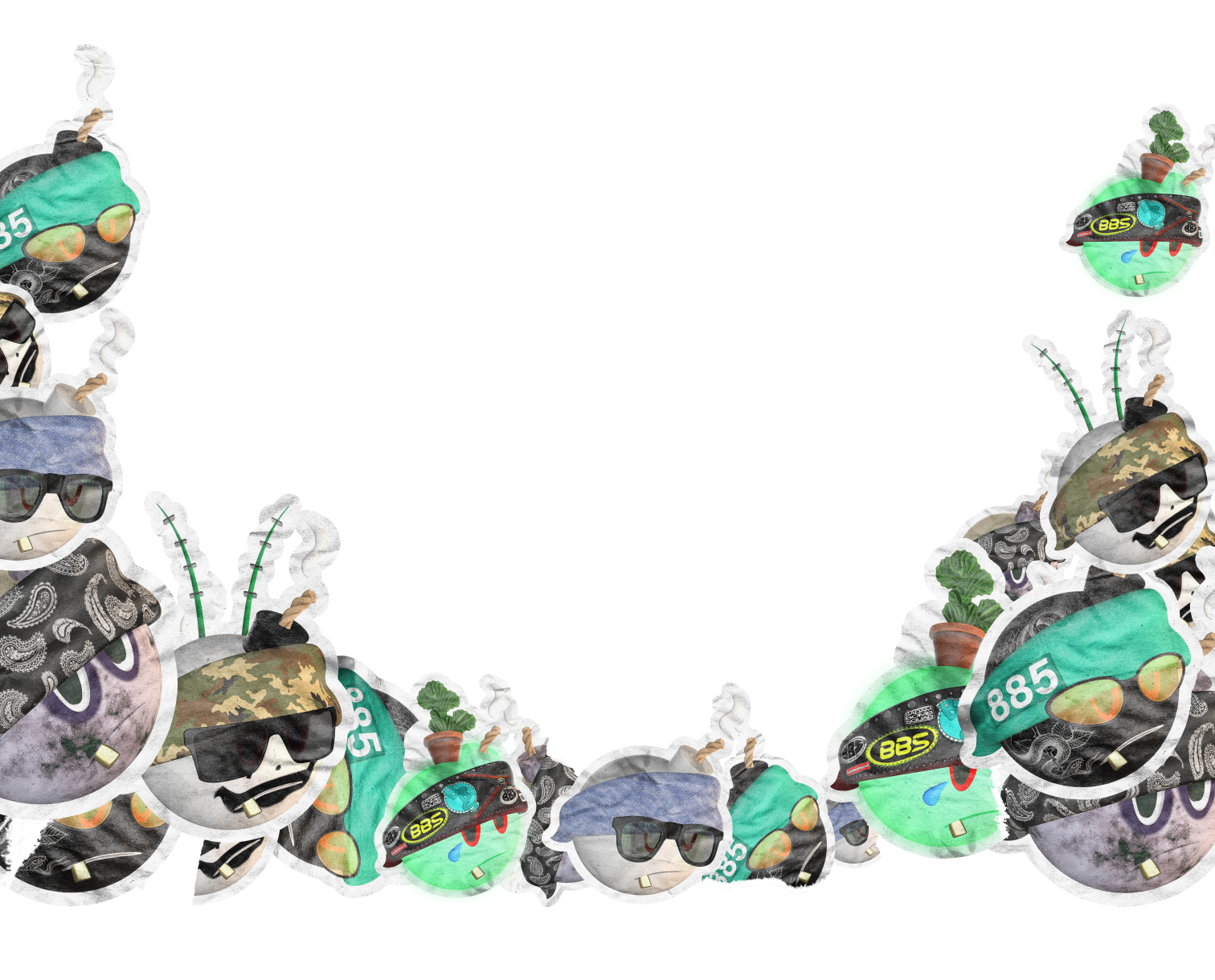 Throughout The Hundreds history, Adam Bomb has been the brand’s mascot and beloved hero. A cartoon bomb with a sparkling wick, Adam’s wide-eyed expression and frenetic energy encapsulate The Hundreds, a brand that is urgent and toeing the line of “blowing up.” He’s also friendly, likeable, and suited for all ages. There are undertones of Nintendo video games and classic skateboard T-shirt graphics in Adam’s aesthetic, although his style is most influenced by Looney Tunes and vintage Saturday morning cartoons. Meanwhile, Adam Bomb’s red, black, white and yellow color scheme was inspired by Mickey Mouse. And our community-based NFT collection, Adam Bomb Squad, was a direct nod to Mickey Mouse Club. In that sense, Adam is the center of The Hundreds’ universe and unofficially that of its surrounding subcultures: streetwear, food, crypto, and beyond.

Adam Bomb contains multitudes. Whether it’s Adam Bomb imagined as a pineapple or a paint smear, a “pure” colorway or as a skull, the Adam Bomb Squad project offers something for everyone. Everybody finds an Adam Bomb that they can relate to. There are even Adam Bombs interpreted by world class artists who render him in their form. Adam Bomb is a friend to all and speaks to both our individual and collective identities.

But Adam Bomb isn’t alone. There’s a universe of characters under The Hundreds’ roof. In fact, the very first cartoon mascot wasn’t a bomb at all. It was Breadman, a short-lived slice of bread that was set out to disrupt the waistlines of LA’s carb-conscious crowd. Over time, The Hundreds has also produced characters like Bearsy, Bob Bee, and the Family Style Friends. There are also bombs like Dom Bomb and Sadam Bomb. Two of the most notable The Hundreds cartoons are Badam Bomb and Madam Bomb, who were introduced early in Adam’s story. Badam was introduced as Adam’s antagonist and Madam as Adam’s love interest and companion. 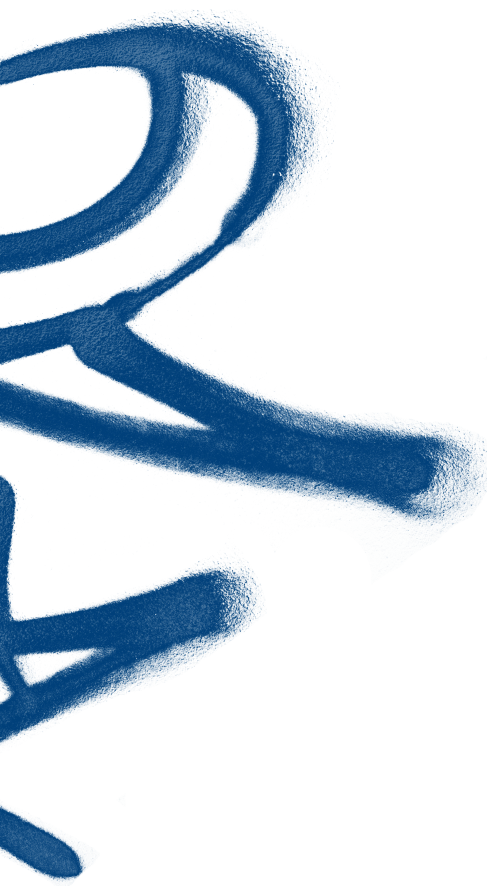 Little has been known about Badam Bomb until now. From first impressions, Badam seems irritated if not antisocial or even angry. His eyes look red from being high. His bandana and the wisp of smoke above him convey a bad-boy image. Badam has a frown with one gold tooth. He appears to be the opposite of Adam Bomb – too cool, unfriendly and unapproachable.

When I was growing up, I was told time and again by my parents, my pastor, my teacher, and friends’ moms that I was a bad kid. I spoke back, carried a skateboard, wore baggy clothes and associated with other “bad kids.” I heard the “bad apple” narrative so much that I not only believed it, but based my identity around it. Yet, once I had children of my own and saw my sons carry out similar types of behavior, I didn’t see them as being “bad” at all. I encourage them to speak up to draw boundaries and be heard. I’m happy to see them investigating subcultures. Their defiance and rebelliousness anchor their independence. I see them as special, unique, and carving out a corner for themselves in a noisy world whenever they move against the grain of popular thought or culture.
While Adam Bomb is how we’d like to be understood, Badam Bomb represents how we’ve been misunderstood. Adam embodies traits we identify in all of us. Badam’s characteristics are those that society misreads and misconstrues. Perhaps Badam’s smoke isn’t a drug reference, but an indication of his being burnt out. His eyes are red from an allergic reaction. The bandana is a cold compress, and his gold tooth protects a cavity, hence the frown. Badam Bomb Squad cracks open Badam’s world, where you’re not only challenged to rethink who is the hero or villain, but to reconsider the binary good/bad value system overall.

BBS also sends a message to a polarized generation that’s culturally pitted against each other. How much of our warring can be attributed to shallow appreciation of context, misunderstandings, and faulty impressions? Sometimes the only difference between you and your enemy is the way your ideas are dressed.

We tend to demonize what we do not understand and fear whom we don’t know. So, here is your moment to meet Badam Bomb, the baddest good guy and Adam’s worst best friend.

BBS will release on adambombsquad.com

For the general public, the price for each NFT is set for 0.25 ETH.

The Hundreds receives a 5% royalty from all BBS sales on the secondary market.

ABS will have first access to BBS (DATE TBD). For ABS, BBS will cost 0.2 ETH per NFT.

Every BBS comes with a free The Hundreds X BBS T-shirt. Snapshot of BBS holders will be taken at the moment of art reveal. T-shirts will be delivered within 7-10 weeks.

As mentioned, every ABS Badam will be airdropped a free BBS Badam. Those two Badam Bombs will now be bound forever. Every time that BBS Badam sells on the secondary market, the owner of its ABS Badam anchor will receive 20% of whatever royalties The Hundreds receives from the marketplace.

Mint Now
Mint Now
Sign up for our Newsletter
Enter your email address to join our newsletter!