DISCLAIMER: This website is still a work in progress. All data is scraped from OpenSea API, so information may be innacurate or reported incorrectly.

BROKEN BACKGROUNDS™ is a generative art project by The Hundreds, inspired by a glitch in the initial reveal of select Adam Bomb Squad NFTs. Due to an error in the image upload, bombs with the backgrounds Leopard Pattern and Duck Camo Tan appeared black during the reveal. But with no rarity revealed at the time, some people identified the rarer bombs like the Black Adam and the Broken Backgrounds caused quite a bit of frenzy.

TO SMOOTH THINGS OVER, WE PROMISED EVERY BROKEN BACKGROUNDS™ A FREE AIRDROP NFT. AT THE TIME, THERE WAS A FUN ABS MEME CIRCULATING ON DISCORD ON THE SUBJECT OF MULES. WE THOUGHT OF GIFTING IDENTICAL MULE CARTOONS AS A FUN JOKE. BUT, THEN WE THOUGHT DEEPER ON THE MISTAKE HOW IT HAD AFFECTED A DROP THAT WE WANTED TO GO SO PERFECTLY, AND HOW THE TERM "BROKEN BACKGROUNDS" CAN SPEAK TO A BROADER PERSPECTIVE THAT WE'VE CARRIED AT THE HUNDREDS ABOUT FINDING STRENGTH IN SHORTCOMINGS.

The metadata and the Token ID remained intact and the glitch was re-framed as an added trait to the collectibles, supporting our thesis that our blemishes are what distinguish humans from technology. People, by nature, have the tendency to commit mistakes and fall short. Our lives are riddled with flaws and scarred by failures. The brokenness, however, is what makes us whole - and special. Each BROKEN BACKGROUNDS™ NFT is a unique combination of background patterns, camouflages, and solid bases from the original Adam Bomb Squad NFT collection. There are 267 total.

I even loved the name: Broken Backgrounds™. Sounded like a brand in itself. In fact, it could be an NFT collection in itself. Most NFT sets that are out there emphasize the foreground character, but Adam Bomb Squad is different in that the background art can mean as much as the Adam, Badam, or Madam Bomb. There are entire tribes now built around specific backgrounds. And the way we always looked at it, the cartoon characters represented the T-Shirt graphics side of our business. 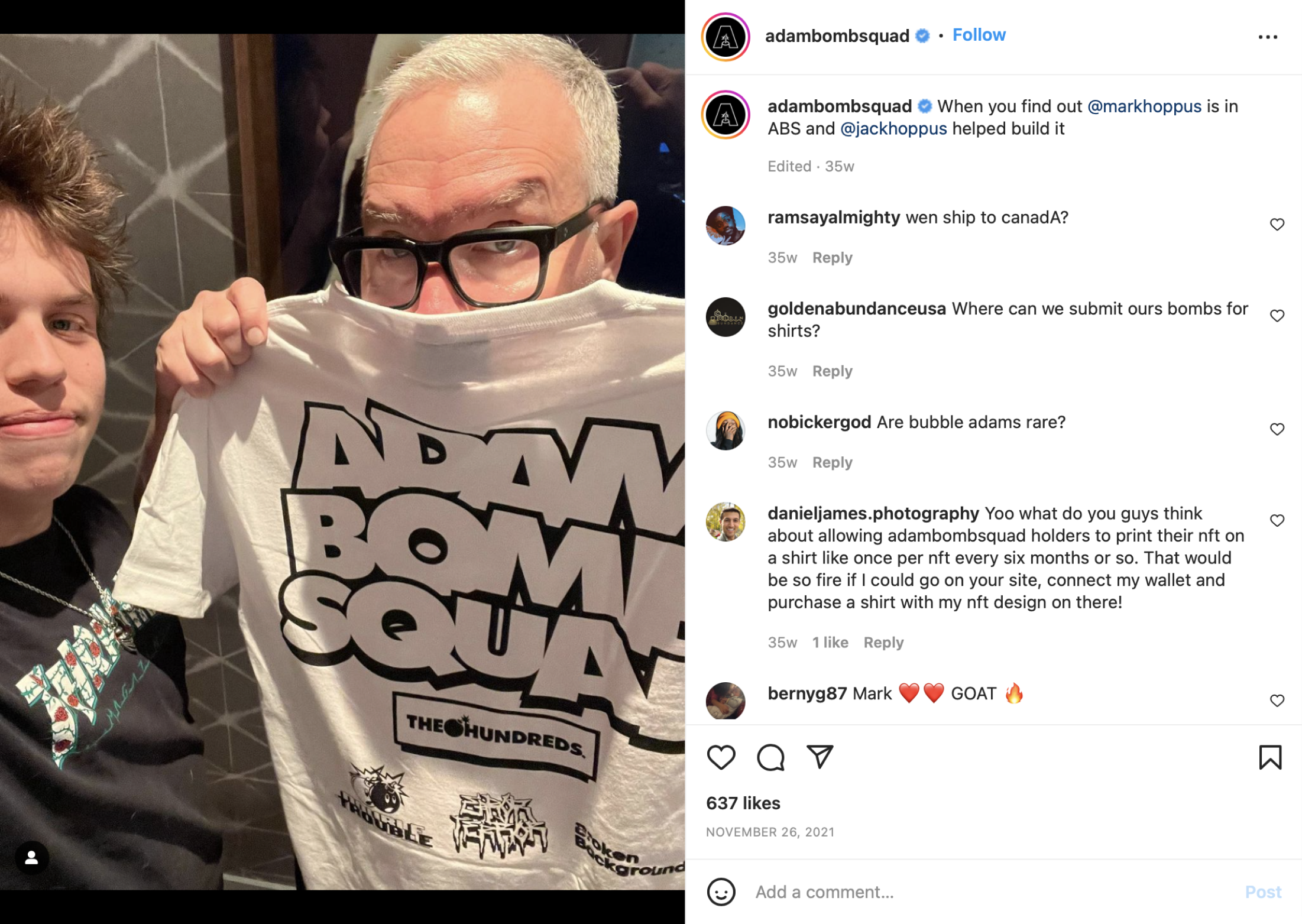 The backgrounds were reflective of the cut-n-sew facet of The Hundreds apparel. We designed an entire set of mashed-up patterns, solids, and camouflages from our Adam Bomb Squad collection. This isn't about rarities or traits or flipping — this has become an off- shoot NFT project that is meant to be considered as great art and storytelling with a deeper philosophical meaning.